This is a free, no obligation service - just fill out a small form and we will contact you shortly!

Our attorneys draw on a wide range of legal and business experience to meet your needs. Utilizing knowledge from public service, banking, business and real estate; our capable team of professionals provide practical and reasoned legal advice.

Sam Bregman has developed extensive trial experience in both civil and criminal settings, having served as an Assistant District Attorney for the State of New Mexico from 1994 through 1997 and having previously operated a private litigation practice.  Sam served on the Albuquerque City Council from 1995 until 1999 and has also served as Deputy State Auditor for the State of New Mexico.  He holds a B.A. in Economics from the University of New Mexico and a J.D. from the UNM School of Law.

Sam has served as counsel in some of the highest profile cases in the state of New Mexico.  He has represented a wide range of individuals, from elected officials accused of serious and numerous crimes to every day citizens who have been injured in various ways.  Sam is an enthusiastic advocate for each and every one of his clients, and his results speak for themselves. 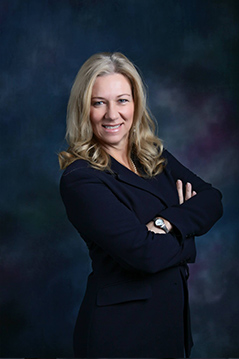 Jackie Bregman was a co-founding member of the firm in 1998.  Prior to that, she practiced as a general solo practitioner focusing primarily on the areas of real estate law, property tax, construction, family law, bankruptcy and corporate law.  She also served as general corporate counsel for The Angel Fire Corporation during the 1990's.  Jackie is a trained mediator and is also the Qualifying Broker for Bregman Real Estate in Albuquerque.

Jackie's experience also includes having co-owned and managed The New Mexico Thunderbirds of the NBA Developmental League.  She is a graduate of Leadership Albuquerque, past president of the Albuquerque Charter Chapter of the American Business Women's Association and has been actively involved in numerous charitable causes in New Mexico, including having served on the Board of Directors of United Way, and volunteering for the American Heart Association, the Cystic Fibrosis Foundation, and the Alzheimer's Association.  She was also appointed by Governor Bill Richardson to serve on the Governor's Task Force on Fair and Equal Pay in 2009.

Jackie holds a B.A. in English from College of the Holy Cross and a J.D. from Touro College Jacob D. Fuchsberg Law Center in New York.